Arrived in South Africa in 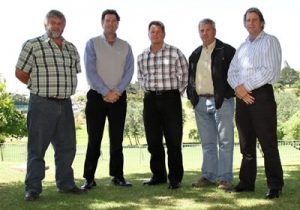 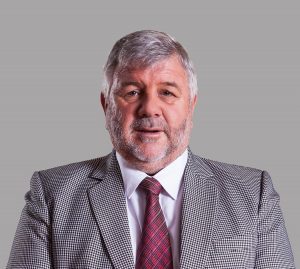 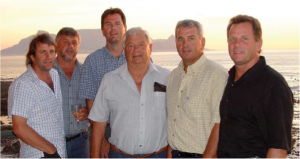 The Loubser family has a long history in South Africa. Nicolaas Laubscher, (the original spelling of the surname), arrived in South Africa in 1676 from Frachels FR, Switserland. He couldn’t read or write and signed his name with a firm Swedish cross. Over the years one part of the family adopted the Dutch version of the family name and hence became known as Loubser. Nicolaas or Claas, as he was known, bought the farm Buyten Post on the Soutrivier and with the help of a slave, started farming with wheat, barley and sheep. He was also a wagonmaker by trade. He married Engeltje Quint from Leersum in Holland. Of his nine children, only the eldest three survived – Johannes Albert, Egbert Eduart and Aletta.

He was 70 years of age when he died in 1721. He was the only Loubser/Laubscher who came to the Cape and everyone with this name or variations thereof, are descendants of him. He was a pioneer who made a lasting impression on the Cape society.

Since then, throughout all the generations, farming was in the blood of this family and well known farms in the Cape like Welgemoed, Vissershok, Uitkyk and others, have at times, belonged to them.

Governor Swellengrebel awarded the farm, Welgegund, near the Dieprivier in Koeberg, to Matthys Zondag in 1743 and in 1873 Johannes Albertus Loubser became the first Loubser who owned the farm. Today the five sons of Pieter Eduard Loubser are the sixth generation on the farm and they are jointly responsible for all the branches of the business which includes wine, wheat and dairy products. The latter is packed and distributed nationwide under the Fair Cape name, while the wine is named after the Kuyperskraal family farm.

The Loubsers have been true visionaries and have made a huge impact on agri businesses by focussing on ecologically sound practices to ensure the sustainability of operations.